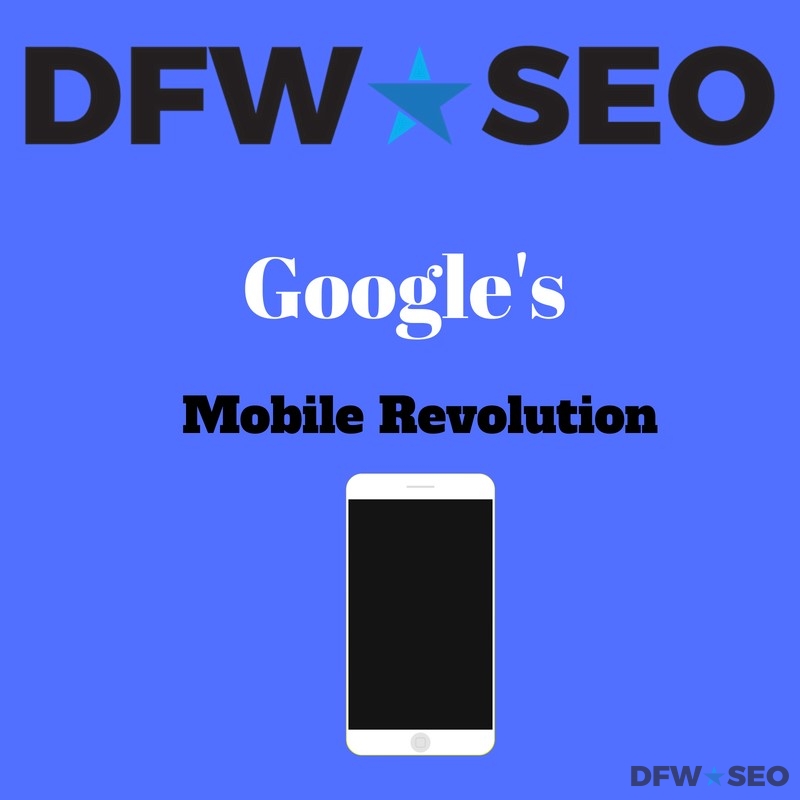 More than 3 years ago, on April 21, 2015, Google began to roll out its mobile-friendly update. Marketers throughout the blogosphere referred to the event as Mobilegeddon, anticipating its impact on defiant websites. Google was exceptionally transparent in what the update would entail, whom it would effect, and what could be done to adapt to it. Citing their Mobile-Friendly Test as a point of reference, the search engine’s objective was not to punish companies slow to conform to an increasingly popular medium, but instead to enhance the experience of its users, who were migrating to mobile search in massive numbers. The update cited 3 points of emphasis:

While the update’s application was algorithmic in nature, its impact was cultural and philosophical. Still, a misconception exists about whether Google was setting a trend, or reacting to one. On May 5, 2015, less than a month after the update’s initial roll out, Google publicly stated that more searches take place on mobile devices than on computers. This declaration illustrated that Google’s shift in philosophy was reactive rather than proactive, conflicting what many of its detractors initially suspected. The revelation cemented Google’s priority of enhancing user experience which would be the source of each of its subsequent mobile initiatives.

Because Google issued a warning about its mobile-friendly update, more than 2 months before the April 21 roll out, web developers had time to prepare for its implementation. More importantly however, tech companies and bloggers had time to catastrophize the update’s impact, and anticipate the worst possible outcomes. While the name “Mobilegeddon” turned out to be inappropriate, seeing that ranking’s were not exceedingly influenced, its imprint on digital culture set the stage for the search engine’s continued emphasis on mobile usability. There’s reason to believe the update’s roll out, and its anticipation, played out exactly how Google intendend, and here’s why:

The update served as the groundwork for a larger institutional shift, and one that would be less resisted when applied gradually. By prompting web developers and companies to address mobile usability, the foundation was set for subsequent improvement of the mobile experience. The foresight of Google to manage resistance while remaining on task speaks to their level of influence on digital marketing. As the world’s top search engine, and source of leads for businesses across the globe, its platform can influence change like few others. The lesson from “Mobilegeddon” is that the change doesn’t have to occur all at once, and is actually better suited to be instituted incrementally.

Google’s first mobile-friendly update was the beginning of an ongoing initiative to improve the experience of mobile users. In March of 2016, a little bit more than a year after the first roll out, Google announced that it would boost its mobile-friendly ranking signal. It stressed that websites who had already established mobile usability would not be affected by this second update. It once again offered assistance to web developers yet to incorporate mobile design into their online presence. Since more than a year had passed since Google’s initial roll out, websites impacted by the signal boost had willfully ignored warnings to improve the following:

Response the the 2nd update was less pronounced and less panicked than it was to its predecessor. By this time, most web developers understood the importance of mobile design, and that consumer’s increased mobile usage dictated a necessary reaction. With the initial roll out starting more than a year prior, and a warning of its immanency published even earlier, a failure to take steps toward mobile website usability represented either willful ignorance or dissension. As it stands, the implementation of Google’s mobile-friendly update is one of their premier accomplishments, and was handled as well as anyone could expect.

Around the time Google boosted its mobile-friendly ranking signal (Q1 2016), the search engine was introducing a new project known as Accelerated Mobile Pages (AMP). The idea was to speed up web pages, in general, to more effectively meet the needs of mobile users. The AMP project established HTML code regulations, recommending users develop web pages using stripped-down code, in which certain obtrusive elements were disallowed. The result was mobile pages that appeared to load instantly, which while was not literally true, was effective nonetheless. Despite its skeptics, the general consensus is that it works as intended, which means specifically:

Detractors of the project cite Google’s ambiguous financial motives as reason to pause. Although it is open source, and especially so, as articulated by vice president of news Richard Gingras, Google’s stake in the technology itself claims profit from any advertising revenue generated with its use. It’s the digital equivalent to trademarking property regulations. If a company like Google could profit from each property built in adherence to its set of guidelines, its royalties alone would be enviable. It’s not possible to know Google’s motives beyond a reasonable doubt, and therefore reaching conclusions based on beliefs or opinions proves nothing.

Search engine marketing thrives on a user base that overlaps seamlessly with consumer economics. In February of 2018, Google introduced tools to compare your mobile site speed with its Mobile Speed Scorecard and Impact Calculator, which reveal the financial incentive to faster mobile websites. The Speed Scorecard compares multiple websites’ loading times, empowering companies to gauge their mobile speed relative to competitors. The Impact Calculator offers revenue projection for speed improvement, dynamically displaying numerical values based on each second eliminated from a site’s current speed. As the most recent inventions of Google’s development team, the tools appeal to businesses in their pockets.

Hello! If you have any questions, leave your info below and we'll call you.