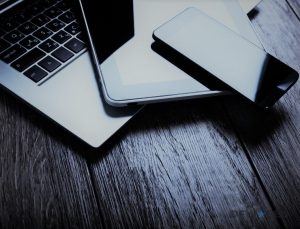 AdWords Will Be Shortened To “Ads” From Now On

Google announced today that AdWords has been rebranded to Google Ads. This seemingly minor name alteration is part of the company’s large-scale efforts to simplify brands and facilitate solutions for advertisers and publishers. Google cites several driving factors that prompted this decision:

The change from AdWords to Ads is not the only branding adjustment announced by Google. They will also introduce Google Marketing Platform which will consolidate DoubleClick advertising products and Google Analytics 360 Suite. Additionally, DoubleClick for Publishers and DoubleClick Ad Exchange will be unified as Google Ad Manager.

Adwords is a widely recognized brand, and so its renaming to Google Ads is notable. The new brand will represent Google’s advertising capability in its entirety, including apps and partner sites that were generally not considered part of the AdWords brand. In its newest iteration, Google Ads aims to reach users through the following mediums

As part of the rebrand, a new campaign edition will be made available to small businesses. The objective is to eliminate some of the more complicated aspects of campaign management for businesses with less resources. Google is expected to expound on its details in their July 10th Google Marketing Live stream.

DoubleClick and Analytics 360 Suite are exclusive entities no more. With Google’s bombshell announcement, the two programs will merge together to form a more perfect union of advertising and analytics. This new concoction will be known as Google Marketing Platform. The tool will expand on pre-existing integrations between the former DoubleClick and Analytics 360 Suite, respectively. GMP will empower digital marketers to:

As an add-on to GMP, yet another program known as “Display & Video 360” will be added to the mix, and its purpose is to help businesses consolidate their campaign efforts. Features present in DoubleClick Audience Center, Bid Manager, and Campaign Manager Studio, will be integrated into Display & Video 360, a tool which we should learn more about at Google Marketing Live.

The third and final brand announced by Google is Google Ad Manager which will combine the features of DoubleClick Ad Exchange and DoubleClick for Publishers. The tool will focus on the new generation of content, including:

GAM is designed to assist Google Partners in more effectively monetizing content distribution and corresponding platforms. From on-demand videos across multiple screen sizes, to mobile-based game apps on both phone and tablet, advertisements must be able to adapt dynamically. Google Ad Manager will help companies execute this adaptation more seamlessly.

What Does This Mean For Dallas – Fort Worth Businesses?

Small business owners throughout the DFW Metroplex should be undeterred by this branding announcement. The functions of Google Ads (Formerly AdWords) will remain effective, and likely become simpler to execute. Similarly, the mergers of several DoubleClick programs along with Google Analytics 360 Suite, will empower DFW business owners to monetize every checkpoint on a consumer’s buying journey. If you require assistance with any aspect of internet marketing, call DFW SEO at 800.231.4871.

Hello! If you have any questions, leave your info below and we'll call you.